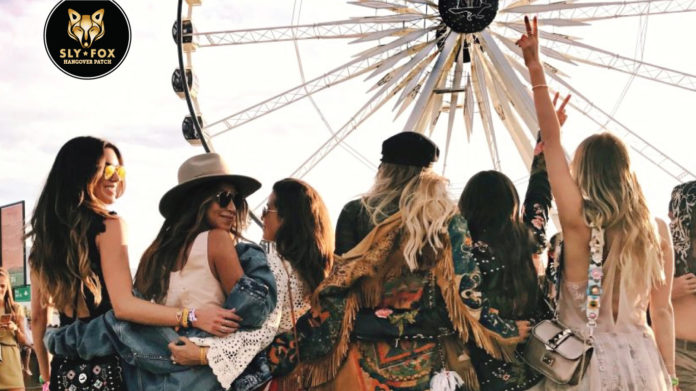 Some of the world’s top music festivals are happing this March 2019. If you have your own G4, it will be easy to attend them all. If you don’t have your own jet, you’ll need to plan carefully. So, pack your power bars, earplugs, portable charger, hand sanitizer, bikini and Sly Fox Hangover Patches…and go crazy.

Top 4 Festivals in the World for March 2019. According to Conde Nast Traveller.

South by South West has exponentially grown in size since its first days in 1987. Every year, a mix of media moguls come together through film, conferences, interactive media, and music festivals for a jam-packed 10-day gig. The festival practically takes over the city of Austin during March so its recommended to book as early as possible for a taste of Texas.

Underground house and techno for the kind of discerning dance-music-lovers you would normally find riding a tandem through Burning Man Festival, handing out bindis at DC10 or grinning ear-to-ear at BPM in Mexico; SXM is a boutique festival taking place for five sunshiney days on St Martin. Sort of Ibiza vibes in the Caribbean, only the beaches are even better, the drinks cheaper, and there’s a whole summer’s worth of DJs packed into one short, spectacular burst. After taking a year out in 2018 for the island to recover from Hurricane Irma, SXM Festival is back for 2019, bigger and better than before. The line-up includes the likes of Ricardo Villalobos, Axel Coman and Apollonia.

Ultra-Miami is the benchmark festival for all EDM shows. Last year, for its 20th anniversary, attendance was the biggest in the festival’s history, thanks in part to Swedish House Mafia reuniting to close it. Due to its massive popularity, Ultra has spread worldwide to cities like Cape Town, Seoul and Split and last year alone over one million people attended Ultra festivals around the world. Grab your neon gear and mentally prepare to endure the tropical heat of Downtown Miami and experience every DJ from Tiësto and Armin Van Buuren to The Chainsmokers and Kaskade.