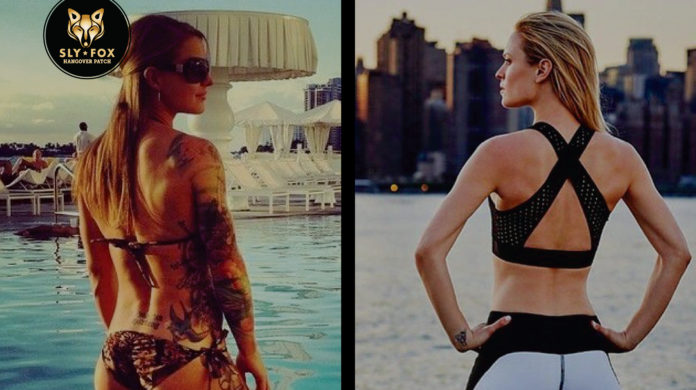 Eating a well-balanced diet, exercising regularly and getting enough sleep are the best ways to maintain your natural energy levels. But these things are not always possible, especially when balancing the demands of life. Fortunately, there are many supplements you can turn to for an energy boost. Here are 4 natural vitamins and supplements that may boost your energy.

Take a good look at #4. If you’re looking for a great way to boost your B Vitamin intake, use a Sly Fox Hangover Patch. These patches are full of great antioxidants and vitamins to help give your summer a boost.

1. Ashwagandha
Ashwagandha is one of the most important medicinal herbs in Indian Ayurveda, one of the world’s oldest medicinal systems. Ashwagandha is thought to increase energy by enhancing your body’s resilience to physical and mental stress. In one study, people given ashwagandha showed significant improvements in several measures of stress and anxiety, compared to those given a placebo. They also had 28% lower levels of cortisol, a hormone that increases in response to stress. Strengthening these findings was a review of five studies examining the effects of ashwagandha on anxiety and stress.

2. Rhodiola Rosea
Rhodiola rosea is an herb that grows in certain cold, mountainous regions. It’s widely used as an adaptogen, a natural substance that enhances your body’s ability to cope with stress. In one study, researchers combined and analyzed the results of 11 studies that examined the effects of rhodiola on physical and mental fatigue in more than 500 people.

Of the 11 studies, 8 found evidence that rhodiola can enhance physical performance and ease mental fatigue. There were also no major safety risks associated with rhodiola supplements. Another review concluded that rhodiola carries a low risk for side effects and may be helpful for alleviating physical and mental fatigue. Rhodiola has been suggested to help with depression as well, which is commonly linked to fatigue.

A 12-week study compared the antidepressant effect of rhodiola to the commonly prescribed antidepressant sertraline, or Zoloft. Rhodiola was found to reduce symptoms of depression, but not as effectively as sertraline. However, the rhodiola produced fewer side effects and was better tolerated than sertraline.

3. CoQ10
CoQ10, which stands for coenzyme Q10, is made naturally in the body. CoQ10 comes in a few forms, including ubiquinone and ubiquinol. They are ubiquitous in the body, meaning they’re found in all cells. All cells contain CoQ10, although the heart, kidneys and liver have the highest levels. Cells use CoQ10 to make energy and protect themselves from oxidative damage.

When levels of CoQ10 decline, your body’s cells cannot produce the energy they need to grow and stay healthy, which may contribute to fatigue. Fish, meat and nuts contain CoQ10, but not in large enough amounts to significantly increase levels in your body. Therefore, CoQ10 supplements may be a better solution for reducing fatigue in people who have declining or low levels. CoQ10 levels decrease with age and may be low in people with heart failure, certain cancers, type 2 diabetes or in people who take statins, a class of medications used to lower blood cholesterol levels.

However, CoQ10 supplements are unlikely to increase energy in people with adequate levels of the enzyme. Additionally, studies in both humans and animals suggest that CoQ10 supplements are safe in appropriate doses. Studies show that one of several forms of CoQ10, known as ubiquinol, is more efficient at improving the levels of CoQ10 in older men.

4. Vitamin B12
Along with the other B vitamins, vitamin B12 helps transform the food you eat into energy that your cells can use. It also keeps your body’s nerves and blood cells healthy and helps prevent a type of anemia that can make you weak and tired. Vitamin B12 is found naturally in a variety of animal proteins, such as meat, fish and dairy products. Many foods are also fortified with B12, allowing most Americans to meet their vitamin B12 needs by consuming a balanced diet containing foods rich in B12.

Nevertheless, some populations may be at risk of a B12 deficiency, which occurs when your body does not get enough or is unable to absorb the amount you need.
As a result, some people’s energy levels may receive a boost with B12 supplements.

People who may be at risk of deficiency include:

* Older adults: Approximately 10–30% of adults over the age of 50 have difficulty absorbing vitamin B12 from food. This is because they produce less stomach acid and proteins, which are required for proper absorption.
* Vegans: Vegetarians and vegans are at risk of B12 deficiency since animal foods are the only natural food source of this vitamin.
* Those with GI disorders: Conditions that affect the gastrointestinal (GI) tract, such as celiac disease and Crohn’s disease, may interfere with the body’s ability to absorb B12.